You are here: Home > volcanoes 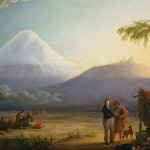 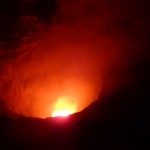 On my morning walk there is a point from which I can see the sulphurous fumes pouring from the Masaya volcano. On the lip of the crater, although not visible from my viewpoint seven kilometres away, is a large wooden cross. It occupies the pinnacle on which a similar cross was first placed in 1529 […]