You are here: Home > right to buy

If tenants don’t exercise their right to buy, where will the money go, asks John Perry. Indications that only a small proportion of housing association tenants are likely to buy their homes once the scheme is rolled out begs a number of questions. What will happen to the money raised from selling higher-value council houses, […] 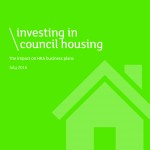 When the majority of councils shouldered £13 billion of extra debt in April 2012 as the price for leaving the old council housing subsidy system, they were promised a settlement ‘intended to endure for the long term’. But the settlement has been undermined by policy changes since then and for many councils it threatens to […] 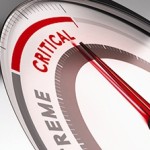 “We are not talking about a ‘back of an envelope’ calculation – there is no envelope at all.” Thus spoke Meg Hillier MP, chair of the Public Accounts Committee (PAC), in introducing the recent report on the financing of the new Right to Buy. As a former journalist with Inside Housing, Ms Hillier knows her stuff, […]

Forty years ago, there were five million council houses in England, lived in by three out of ten families. Since then the number has declined by two-thirds. The Housing and Planning Bill, which returns to the Commons this week, will make it even more difficult for anyone either to get a council home or to […]

Who will pay for the right to buy?

In their general election manifesto, the Conservatives promised to ‘extend the Right to Buy to tenants in Housing Associations’. More than 1500 housing associations, all registered charities and some, like Peabody and Guinness, over a century old, would have to let tenants buy their houses at discounts of up to £103,000 each. The cost would […]

Last year right to buy sales grew to over 12,300, producing nearly £1 billion in receipts. Why can’t councils keep all of this money to build new homes? When right to buy started in 1980 councils could reinvest the receipts in upkeep of their stock, but after 1990 they were forced to ‘set aside’ 75% […] 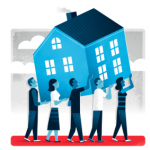 Right to Buy was the Thatcher government’s biggest privatisation. But with nearly two million homes already sold, can the next government at least start to replace the houses lost through future sales? The latest UK Housing Review shows that capital receipts from sales in England now total £42bn since Right to Buy began. It sounds like a […]

Who is social housing for?

The government’s focus on reviving right to buy, and insisting on market rents for replacement social housing, undermines  the aim of creating mixed communities. 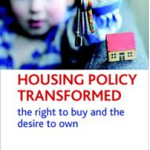 Book Review: Housing Policy Transformed: The right to buy and the desire to own by Peter King

This is a 130-page book of praise for the right to buy, that a judicious editor might have reduced to the size of a pamphlet.  Peter King clearly feels alone in the housing world, surrounded by academics and practitioners who oppose not just the right to buy but even homeownership itself.  As a result, much […]