You are here: Home > Nicaragua

After the U.S.-Russian summit in June, there was no apparent irony in President Biden’s response to a question about electoral interference. “Let’s get this straight,” he said. “How would it be if the United States were viewed by the rest of the world as interfering with the elections directly of other countries, and everybody knew […] 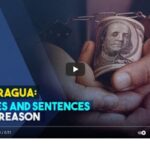 This short video (in Spanish, with English subtitles) explains part of the legal basis for the actions being taken against people who have accepted $millions from the US to disrupt the coming elections, or are demanding tougher US sanctions against their own country, likely to be most damaging for the poorest sections of Nicaragua’s population. 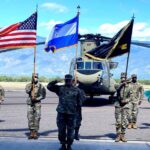 The US stake in Nicaragua and Honduras’s 2021 elections

Both Honduras and Nicaragua hold presidential elections in November 2021 and the US government has a strong interest in both, although for rather different reasons. Both have incumbent presidents who will either stand again or, in the case of Honduras, more likely be replaced as candidate by a successor seen as reliably committed to the […] 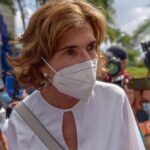 They should ask where the money comes from

This article, published in the United States, questions the stance on Nicaragua taken by the US National Public Radio (NPR), which is roughly equivalent to BBC Radio in the UK. Imagine what would happen if the US media discovered that a candidate in the mid-term elections was under investigation by the FBI for receiving money […] 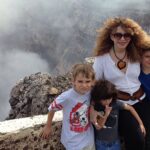 Women’s rights in Nicaragua under attack from an unlikely source

Gioconda Belli, the Nicaraguan writer perhaps best known for her autobiography The Country Under My Skin, has been described as ‘an icon of Latin American feminist literature’. She spoke recently of the ‘extraordinary power’ of being a woman, and that despite this power ‘women have often been relegated to a second place, one where they […] 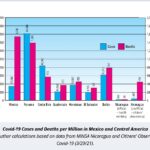 One year ago, as both the Trump administration in the US and the Johnson government in the UK responded fitfully to the growing pandemic, the international media were looking for whipping boys: other countries whose response to the virus was even worse.

Nicaragua was one of the first countries in Latin America to give constitutional rights to its Indigenous peoples and its laws to protect their territories are justly famous (especially the Autonomy Law of 1986 and the Demarcation Law of 2003). Some 40,000 Indigenous families live in areas that are legally owned and administered by over […] 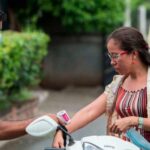 A letter published in the Guardian, arguing that the UK should take the lead from Nicaragua, where early strict measures have kept the coronavirus death rate one of the lowest in the world. 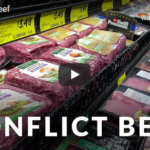 In October Two Worlds reported on news stories appearing in the US, calling for a boycott of meat imports from Nicaragua. Attempts were made to persuade Reveal News and PBS Newshour to correct their stories or provide a right of reply. They refused, hence the following article published by the website FAIR, which aims to […]

“Almost every American overthrow of a foreign government has left in its wake a bitter residue of pain and anger.” A review of Overthrow by Stephen Kinser, published in 2006.