You are here: Home > energy efficiency 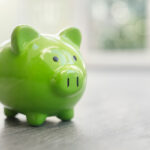 In his summer statement Chancellor Rishi Sunak announced over £3 billion of funding to create green jobs, most of it focussing on the private sector where a Green Homes Grant will pay £2 for every £1 spent by owners or landlords on energy efficiency, up to a limit of £5,000. For those on low incomes, […]

It’s a do or die moment

All the main parties in the 2019 election are putting forward energy efficiency measures in some form. CIH’s John Perry and Orbit’s Christoph Sinn look at how the sector responds and whether it can frame an ambitious yet realistic programme and do its part in tackling the climate emergency.

Our homes are wasting energy on a prolific scale

Do you remember when housing associations were falling over each other to prove how ‘green’ they were? But since the recession and David Cameron reportedly telling his aides to “get rid of all the green crap” the funding has been cut and the social sector’s priorities have changed. Yet we all know that the linked […]

Addressing fuel poverty in the UK

In 2014 there are estimated to be 2.3 million households living in fuel poverty in the UK 1 – and more than 3 million families 2 are likely to cut back on food this winter to pay their fuel bills. Housing has a huge role to play in improving those statistics. By far the biggest […]

The government wants homes to be energy efficient and to cut fuel poverty – but are its policies working? It sometimes feels that there is more heat than light in government policies on energy efficiency.  The wholesale changes made by the coalition mean that it’s been difficult to work out what impact policies are having. […]

Home thoughts on the Green Deal

Housing bodies should be in the lead in driving towards the government’s carbon emission targets, but energy efficiency has fallen down their agenda. They must make the most of the government’s new Green Deal.