You are here: Home > Berta Cáceres 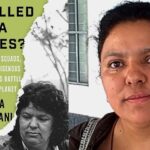 “They build dams and kill people.” These words, spoken by a witness when the murderers of environmental defender Berta Cáceres were brought to trial in Honduras, describe Desarrollos Energéticos SA (DESA), the company whose dam project Berta opposed. DESA was created in May 2009 solely to build the Agua Zarca hydroelectric scheme, using the waters […] 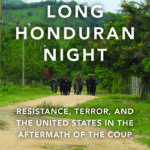 A fraudulent election one year ago gave Juan Orlando Hernández a second term as president of Honduras. The protests that followed were violently repressed. By the year’s end, 126 demonstrations had been held, leaving 30 people dead, 232 injured and more than 1000 in jail. But on 22 December 2017 the US government congratulated Hernández […]

New report sheds light on the murder of Berta Cáceres

Since the murder of Berta Cáceres in March 2016, several more community activists have been killed in Honduras. And little progress has been made in solving Cáceres’s murder. Eight people have been arrested, but court hearings have been postponed several times because of the prosecutors’ failure to produce evidence, ignoring the judge’s deadlines. Data collected from phones and […] 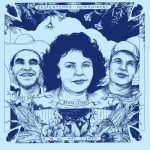 A year after Berta’s murder

One year ago, Berta Cáceres was asleep in bed in La Esperanza, Honduras, when gunmen burst into the house and shot her. She died in the arms of Gustavo Castro, a Mexican environmental activist who was injured but pretended to be dead until the murderers had gone. Instead of being treated as a victim, Castro […]

The Murder of Berta Cáceres

According to the campaign group Global Witness, 116 environmental activists were killed in 2014, a fifth more than the year before. Many of them were leaders of indigenous communities defending their land. The most dangerous place for environmental campaigners is Honduras, where 101 were reported killed between 2010 and 2014. The chief activist of the […]