You are here: Page 2

Why the Labour movement should support Nicaragua’s Sandinista government 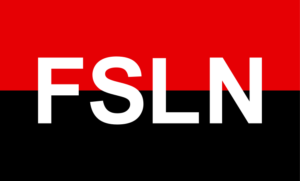 The Sandinista revolution in Nicaragua was an inspiration to many on the left in the 1980s. Forty-one years later, it still urgently needs and deserves our support. The case for doing so is a very strong one.

After the US-inspired “Contra war” led to electoral defeat for the Sandinistas in 1990, the country endured 16 years of neoliberal government. On regaining power in 2007, Daniel Ortega’s government restarted the social investment and anti-poverty programmes which the revolution promised. Then two years ago, it faced a new threat: protests orchestrated by US-funded organisations quickly turned into a violent attempt at regime change. Nicaragua’s government survived once more, only to confront the Covid-19 pandemic with an economy still not fully recovered and access to vital medical and other aid severely limited by US sanctions. It will survive again, but only because the majority of Nicaraguans still back it. Opinion polls forecast that the Sandinista Front (FSLN) will earn by far the biggest share of the vote in next year’s elections.

END_OF_DOCUMENT_TOKEN_TO_BE_REPLACED

Nicaragua and the OAS Interdisciplinary Group of Independent Experts 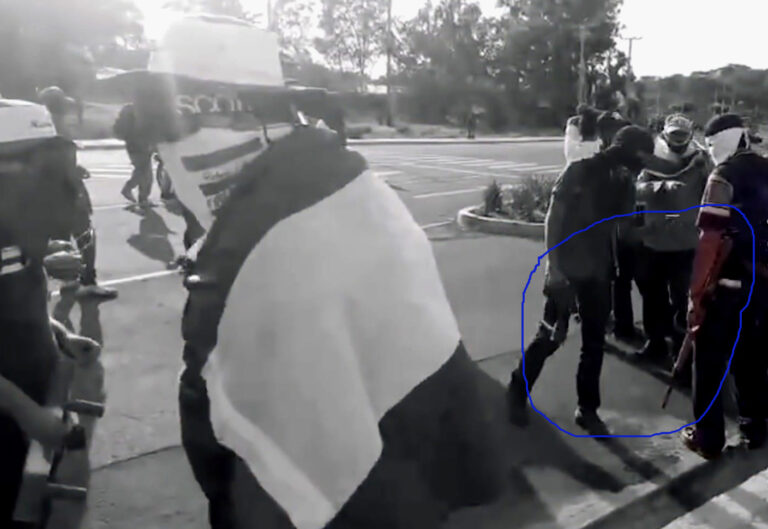 A briefing prepared for the Alliance for Global Justice and The Nicaragua Solidarity Campaign Action Group by Stephen Sefton, John Perry and Jorge Capélan

END_OF_DOCUMENT_TOKEN_TO_BE_REPLACED

In his summer statement Chancellor Rishi Sunak announced over £3 billion of funding to create green jobs, most of it focussing on the private sector where a Green Homes Grant will pay £2 for every £1 spent by owners or landlords on energy efficiency, up to a limit of £5,000. For those on low incomes, the scheme will pay up to £10,000. The scheme aims to upgrade over 600,000 homes across England, “saving households hundreds of pounds per year on their energy bills.”

END_OF_DOCUMENT_TOKEN_TO_BE_REPLACED

Few people have a detailed grasp of how housing finance works in the UK, across the private market and social housing. My friend David Garnett, who has died aged 77, was not only one of these but had the skill to make a complex subject accessible to students.

END_OF_DOCUMENT_TOKEN_TO_BE_REPLACED 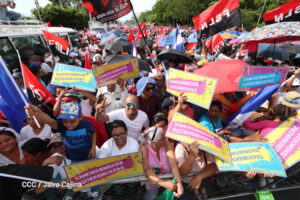 A report issued at the end of May repeats allegations of government repression in Nicaragua during violent protests in 2018. It was commissioned by the Inter-American Commission on Human Rights (IACHR), a body of the Organization of American States (OAS), and revives arguments that the Sandinista government is violating human rights. It purports to provide new evidence, but in reality the facts are more complicated than the report suggests. They warrant careful examination to ensure that the international community is getting the full, unadulterated story.

END_OF_DOCUMENT_TOKEN_TO_BE_REPLACED

“They build dams and kill people.” These words, spoken by a witness when the murderers of environmental defender Berta Cáceres were brought to trial in Honduras, describe Desarrollos Energéticos SA (DESA), the company whose dam project Berta opposed. DESA was created in May 2009 solely to build the Agua Zarca hydroelectric scheme, using the waters of the Gualcarque River, regarded as sacred by the Lenca communities who live on its banks. As Nina Lakhani makes clear in her book Who Killed Berta Cáceres?, DESA was one of many companies to benefit from the 2009 coup d’état in Honduras, when the left-leaning President Manuel Zelaya was deposed and replaced by a sequence of corrupt administrations. The president of DESA and its head of security were both US-trained former Honduran military officers, schooled in counterinsurgency. By 2010, despite having no track record of building dams, DESA had already obtained the permits it needed to produce and sell electricity, and by 2011, with no local consultation, it had received its environmental licence.

END_OF_DOCUMENT_TOKEN_TO_BE_REPLACED 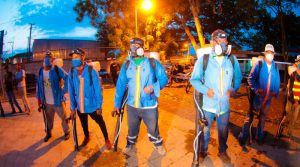 Members of the 300-strong sanitation squad who work for the Managua city council, www.el19digital.com

Every country in the world is trying to balance its fight against the virus with the need to have a functioning economy, and there is plenty of debate about what the balance should be. The world’s poorer countries face the toughest challenge, because a high proportion of their populations engage in a daily struggle to earn enough to eat, whether in small businesses or the informal economy. In Nicaragua, around 80% of people make their living in this way.[1]

END_OF_DOCUMENT_TOKEN_TO_BE_REPLACED

COVID-19 as a pretext for repression

A government worker cleans a market in Managua to combat the coronavirus. Carlos Cortez, El19

“He’s not a doctor, I don’t think.” Trump had just finished a phone call with Juan Orlando Hernández (JOH), the de facto president of Honduras who runs a narco-state. On April 30, JOH was indirectly implicated in drug and murder charges by the US Justice Department in a case against a former chief police officer. This is merely the latest of several cases in which he is alleged to be involved, that include drug trafficking and money laundering,  as well as  protection of drug dealers. The criminal charges have also affected his close family, among them his brother, including connections of both siblings with famous narco-dealer El Chapo. His sister, Hilda Hernández, was also under investigation in Honduras for embezzlement of public funds, at the time she died in a helicopter accident.

END_OF_DOCUMENT_TOKEN_TO_BE_REPLACED 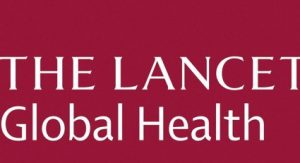 Nicaragua’s response to the COVID-19 pandemic is the subject of correspondence in the medical journal, The Lancet. A letter from 13 health professionals, based in the USA (except for one in Costa Rica), criticised the Nicaraguan government’s response to the COVID-19 epidemic as ‘careless’ and ‘perhaps the most erratic of any country in the world to date’. My response is reproduced here. They then replied, but did not address most of the key points I made in examining their original arguments. They quote the Pan-American Health Organisation as criticising Nicaragua – but while there is specific disagreement on the advisability of a national ‘lockdown’, the Nicaraguan government has been working closely with the PAHO (part of the World Health Orgainsation) since a joint commission was established to confront the epidemic on January 30, when it was one of the first countries outside Asia to recognise the potential impact of the virus.