You are here: Home > Housing > The Ups and Downs of housing in Northern Ireland

The Ups and Downs of housing in Northern Ireland

Northern Ireland doesn’t show the same extremes as the housing market in the adjoining Republic but it’s certainly been caught in the backlash from the near collapse that has occurred south of the border. House prices in the six counties fell faster and further than anywhere else in the UK after their 2007 peak, so that mix-adjusted prices are only just recovering from half the level they were six years ago (see first chart). To the south, perhaps the most remarkable statistic from the Republic is that housing output fell by about 90 per cent in only five years. These figures come from the UK Housing Review 2014, and this 22nd edition of the annual compendium not only offers its usual coverage of Northern Ireland but has a special chapter describing what the author calls the ‘disaster movie’ that has played out in the Irish Republic since 2006. 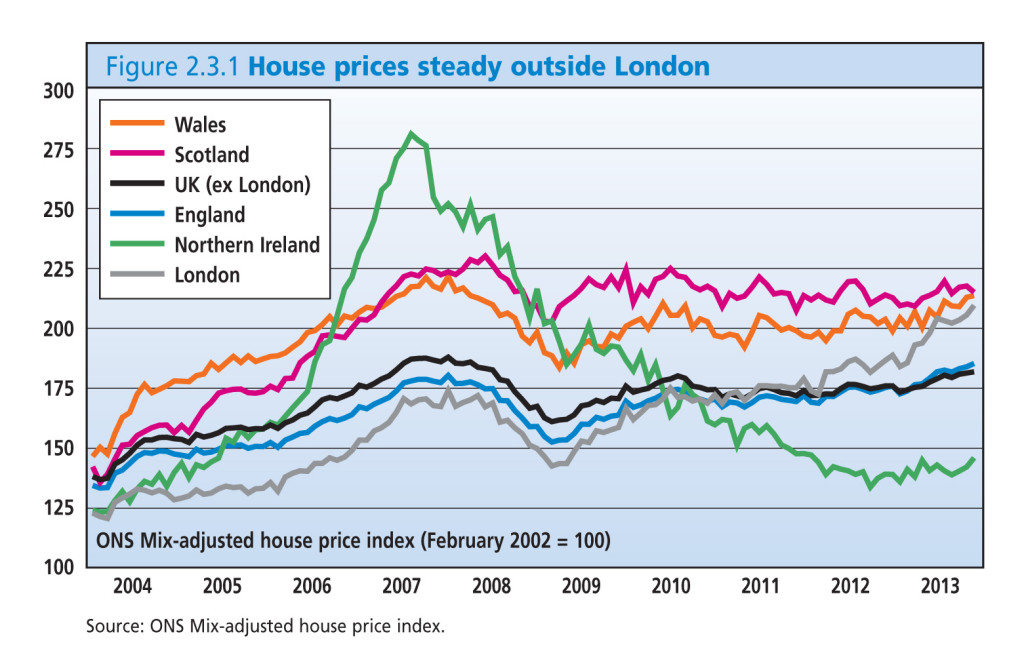 Another aspect of this story is the decline in Northern Ireland’s social housing investment over a similar period (see second chart). It’s also fallen further than in any of the other UK administrations, and current plans are not encouraging since net investment will remain well below 2011/12 levels until at least 2015/16. This is undoubtedly the reason why new build output by housing associations has been relatively stable at around 1,200 annually, while the Northern Ireland Housing Executive is only making slow progress towards achieving the Decent Homes Standard in its stock by the 2021 target date. In fact, although maintaining a small investment programme, the NIHE actually makes a net contribution to the Northern Ireland budget rather than drawing money from it. 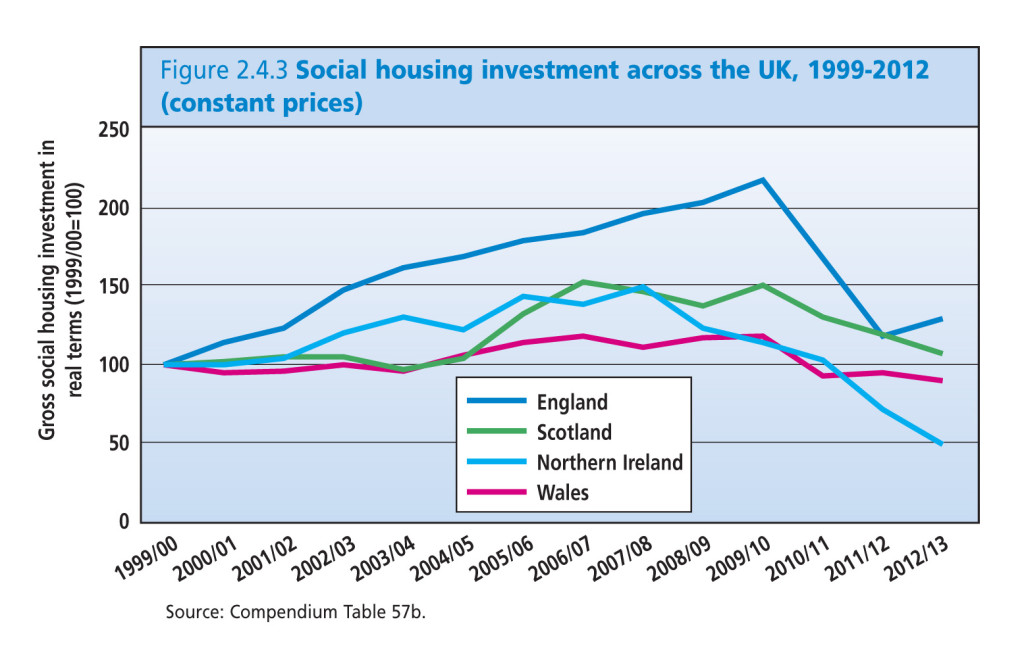 The second positive is the hoped-for boost to investment intended to result from the transfer of the Executive’s homes to housing associations, which should enable them to borrow privately to invest in the stock. This has not yet begun, and faces several obstacles, but is currently the best hope that the province’s social housing will – in terms of physical standards – catch up with the rest of the UK sooner rather than later.