You are here: Home > Housing > Privatisation: there is an alternative

Privatisation: there is an alternative 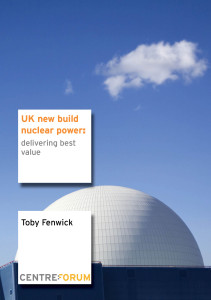 Public corporations are a sensible alternative to the use of privatised suppliers. But they are being held back by an outdated reputation and weird accounting rules.

The case for keeping public ownership of public services is clearly boosted every time it’s shown that it would save money. The latest assessment is about the nuclear power station planned for Hinckley Point. The CentreForum think tank has calculated potential savings of more than £12 billions over 35 years if it were to be procured publicly not privately. The plans to sell the Land Registry, revealed a few days ago, are clearly nothing to do with saving taxpayers’ money as it doesn’t cost any. And as parliament investigates the sale of Royal Mail, it’s been revealed that those commissioned to advise on the sale have themselves made a healthy profit from it, while drastically undervaluing the business and hence the price received by the taxpayer.

In one of the few overall assessments of the costs and benefits of Britain’s privatisations, the High Pay Centre has shown that a heavy price has been paid for the £50 billions or so of capital receipts that the Treasury has pocketed over the last 30 years. These include 170,000 job losses, price rises well above inflation in key sectors like energy and water, and lower rates of pay for ordinary workers while executives may now receive total annual awards of up to £5 millions.

These arguments are grist to the mill of the We Own It campaign, set up to challenge further privatisations and make the case for publicly owned services. Yet often when calling for reform, campaigners or think tanks seem to shy away from making clear what ‘public ownership’ would look like and how it would operate.

The CentreForum report on Hinckley Point is such a case. It recommends that nuclear power stations be run by a body like Network Rail. But as I’ve pointed out before on the PF blog, Network Rail is a peculiarly unaccountable hybrid, created by the last Labour Government to save Railtrack from bankruptcy without adding to public sector debt. The decision has recently rebounded, as Network Rail’s dependence on subsidy has led to its reclassification as part of government, bringing its whopping £30 billions debt back onto the books from later this year. Labour’s legacy is a body over which the government has little control, yet it must pay its debt and get the blame for any deficiencies in its service. If the government can’t veto its directors’ bonuses, how accountable would it be in the event of a serious accident?

Fortunately there is an old model of public ownership which is not only still available but is proven to work: the public corporation. Scottish Water, the Land Registry, East Coast Mainline, Sheffield’s trams, arm’s length companies that run council housing and many other bodies like them still account for one per cent of public spending and about 13% of public investment. What holds them back is Britain’s weird accounting rules, which count their operations as part of government, including their debt. Such limitations don’t apply to public corporations owned by foreign governments, so we have the prospect of the East Coast mainline being operated by a French public corporation (SNCF), added to the growing role played by French government-owned EDF in Britain’s energy supply and of German government-owned companies running our trains and buses.

Public corporations seem to be stuck with being labelled as old-fashioned and inefficient monopolies, criticisms that perhaps applied in the days of British Steel or the National Coal Board, but are no longer relevant when we have the recent example of the modernised Royal Mail to point to and we can also see the excesses of the privatised companies. Here’s one comparison that shows how modern-day public corporations give value for money. Scottish Water, generally regarded as doing a pretty good basic job in supplying Scotland’s taps, pays its public corporation chief executive just £240,000 per year. South of the border, where water has been privatised, Severn Trent’s chief executive earns (according to the High Pay Centre) more than £1.5 millions. Aren’t they both doing essentially the same job?