You are here: Home > El Salvador 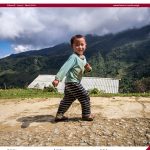 COVID-19 as a pretext for repression

“He’s not a doctor, I don’t think.” Trump had just finished a phone call with Juan Orlando Hernández (JOH), the de facto president of Honduras who runs a narco-state. On April 30, JOH was indirectly implicated in drug and murder charges by the US Justice Department in a case against a former chief police officer. This […] 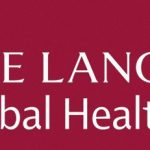 Nicaragua’s response to the COVID-19 pandemic is the subject of correspondence in the medical journal, The Lancet. A letter from 13 health professionals, based in the USA (except for one in Costa Rica), criticised the Nicaraguan government’s response to the COVID-19 epidemic as ‘careless’ and ‘perhaps the most erratic of any country in the world […] 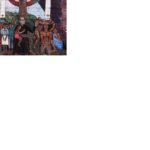 A review of ‘November’ by Jorge Galán El Salvador is the smallest country in mainland Latin America – only the size of Wales. But in the 1980s El Salvador and its neighbours, Honduras and Guatemala, had an unlooked-for strategic significance. After the success of the Sandinista revolution in Nicaragua in 1979, the United States was […] 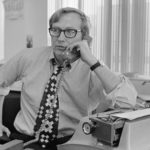 The slow death of investigative journalism

The title of Seymour Hersh’s memoir is simply Reporter. It’s what he did and what he does: dig out and report important facts that need to be seen in the daylight, no matter how much the CIA, a US vice-president or secretary of state, or a mafia boss, may want to keep them hidden. Hersh, […] 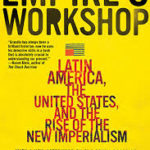 A reflection on Empire’s Workshop: Latin America, the United States and the rise of the new imperialism, by Greg Grandin, published in 2006 and updated in 2010. So many books have been written about US intervention in Latin America that, when this one was published a decade ago, it might easily have been overlooked. Grandin’s […] 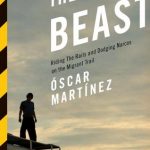 The worst journey in the Americas

A review of The Beast: Riding the Rails and Dodging Narcos on the Migrant Trail by Óscar Martínez Living in Nicaragua, I regularly meet people who have migrated or want to migrate to neighbouring countries. I’ve also met people who take their chances going to Spain without a visa (including one who claimed to be […] 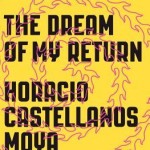 The Dream of My Return by Horacio Castellanos Moya

Several books on my recent reading pile might broadly be categorised as being about ‘exiles’, and few exiled people have been in a worse position than those who left their homelands to avoid the Central American guerilla wars of the 1980s. This applied especially to combatants, but almost equally at risk were left-wing sympathisers or […]

Last week a fracking company was refused permission to drill in the South Downs National Park. Celtique Energie is considering an appeal to Eric Pickles to overrule the decision. He might be reluctant to cause a furore in West Sussex, but would he feel the same if aggrieved companies could sue the government for lost […] 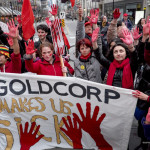 Last June the G8 agreed a new plan called the Extractive Industries Transparency Initiative, which is supposed to ensure poor countries receive the full benefit of their natural resources. Canada is one of EITI’s stakeholder countries; 60 per cent of the world’s mining companies are listed on the Toronto Stock Exchange. One of them, Pacific […]

Extracting the truth about mining

Plans by the G8 to make international mining operations more transparent are to be welcomed. But the agreement is limited in scope and the extractive industries still have a long way to go to clean up their act.