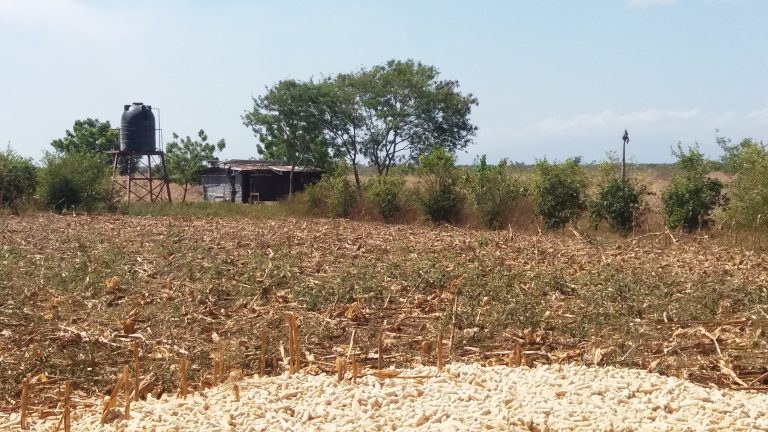 The water tank for the Agrosolar project, young orange trees and (in the foreground) remains of a maize crop

ADIC is again working to deliver water to communities in the hot, arid zone to the north of Masaya, called El Timal. Today we paid a visit to an old project and a possible new one.

In 2014, with support from the British embassy, ADIC carried out its Agrosolar project in a small, remote community called Cuadrante 81, many kilometres from the nearest small town. The families there had been relocated when the Contra war ended in the early 1990s. They had land, but the water supply was a narrow well that could only be tapped using a small bucket. What they needed was a pump, but they had no electricity supply. However, they had plentiful sunshine, and the project installed solar panels to drive a pump inserted in the well, which supplied a new tank sufficiently big to give drinking water to all the 20 families (first photo).

Three years later, the project is still in full use and several houses now have piped drinking water. Orange trees planted to give a cash crop to the houses nearest the well are – in all but one case – regularly irrigated and are thriving, having just given their crop (the second photo shows the owner of some of the trees). They’ll survive the dry season which has just begun – with temperatures in the shade of at least 32c in this area – if the families water them every day as most of them are now doing (we had a quite word with the one that’s neglecting the task). 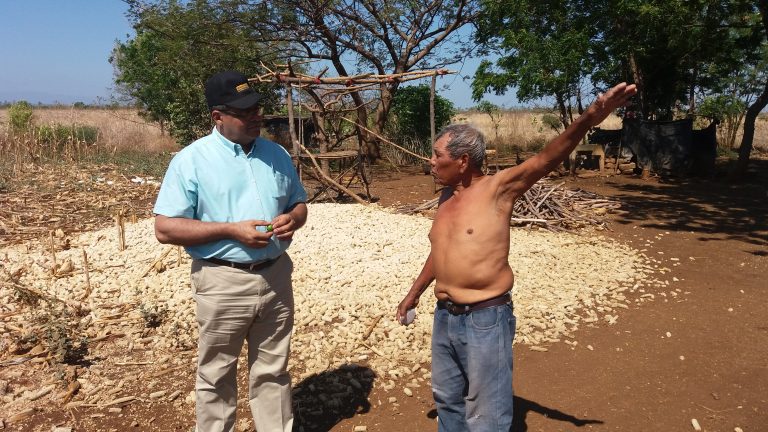 The second visit was to a much bigger and longer-established community, El Triunfo, closer to El Timal. They’ve got a related problem. There is a deep, communal well that provides drinking water to around 540 people in 120 families, some living as many as 8km away. The problem is that there is only a hand-operated pump (see third photo), so people have to arrive with their buckets and containers and take the water home as best they can. There is a well-organised committee which administers the well; people pay a small monthly fee and this enables the mechanism to be repaired when it breaks down. 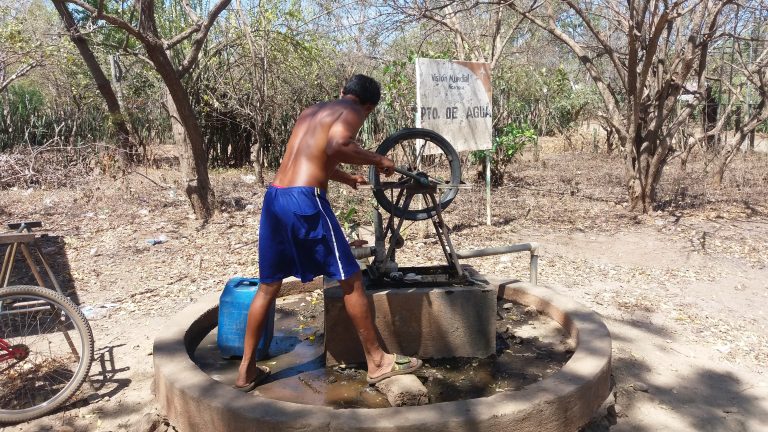 What they really need, of course, is a proper pump. Magali Rodriguez, president of the water committee (final photo) explained how they would do it, and compared her project to the one in Cuadrante 81 that her community had recently visited. A solar panel would drive a pump inserted in the well, which would feed a large tank (bigger than in the first project) connected to a mains supply system from which people could take individual feeds, leading to taps in their back yards. ADIC hopes to receive a grant of about $16,000 from the German Embassy in Managua to carry out the scheme. 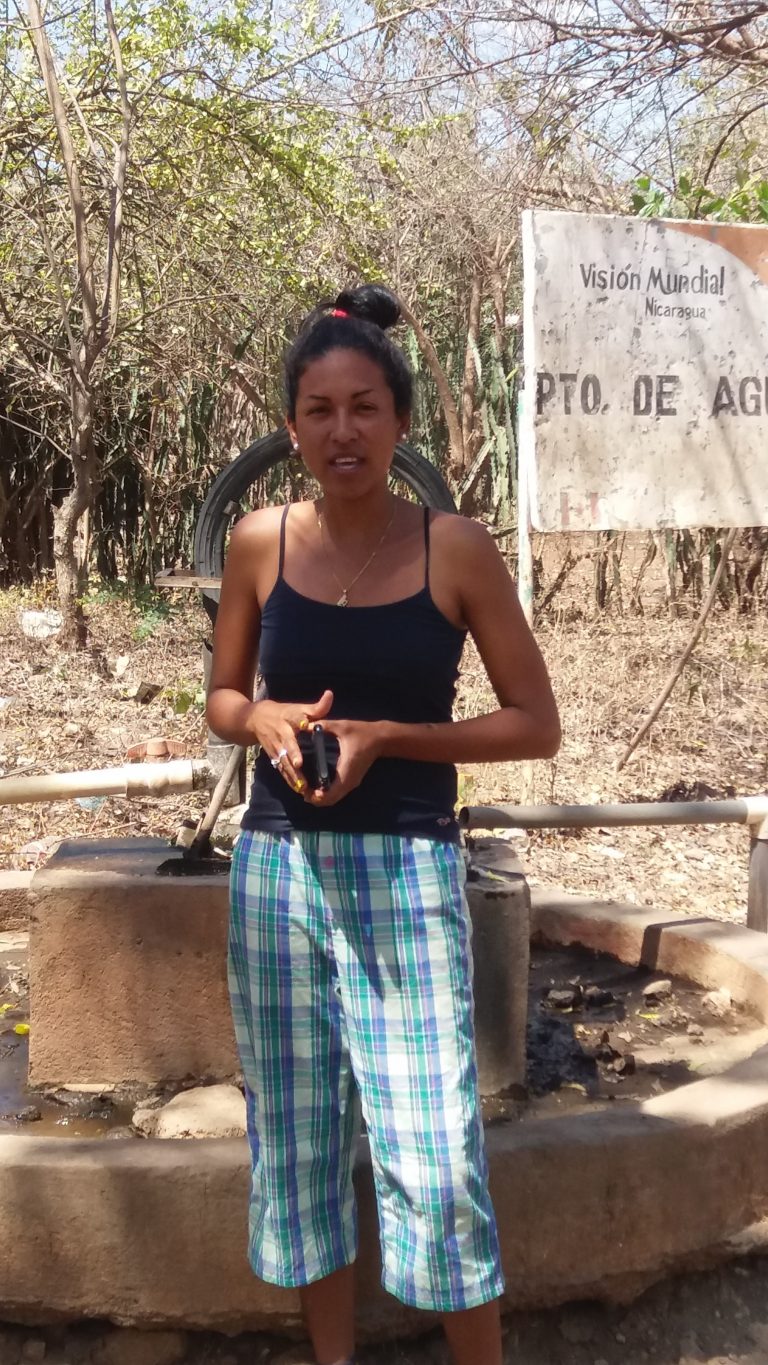 Why are people so dependent on this single well? Many families have shallow wells in their own yards, but a few years ago the water from these wells was tested by the local authority and found to be contaminated with agricultural chemicals, and unsafe to drink. They can use it for washing and for watering plants, but for drinking they can only use the communal well.

El Timal is an area still dominated by big landowners, who all have electricity and water supplies to their farms, and use huge pumps to irrigate the rice and sugar crops grown in the area, regularly sprayed with heavy chemical fertilisers and pesticides. Many of the workers on the farmers, and the surrounding communities, lack clean water, or electricity, or both. ADIC’s work is only helping a very few of the communities with such problems, but in these at least its projects make a huge difference.

One response to “Old and new water projects”