You are here: Home > Latin America > Nicaragua and the media in 2019: A polarised picture 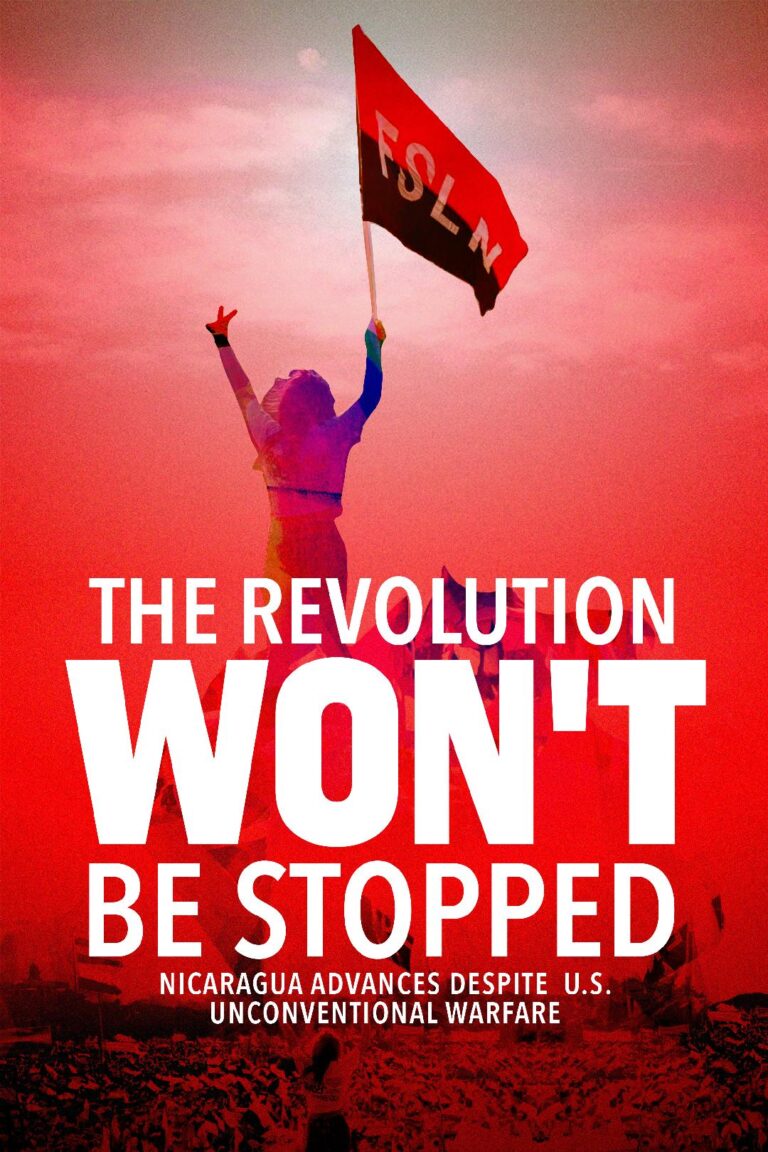 In 2018, while the battle on the ground was conducted at the roadblocks, an even more important battle took place in the media. As we recorded in Live from Nicaragua, the essence of the media campaign was to portray the opponents of the Sandinista government as ‘peaceful protesters’, mainly students, who had suffered hundreds of deaths which were all, or almost all, the responsibility of the government. Anyone who wanted to present a more objective picture, let alone those who were government officials or supporters, struggled to get heard. Yet the reality was in fact much more complicated: many protesters were lethally armed, much of the violence was their fault and many more of the victims were Sandinista supporters, innocent bystanders or police than were ‘students’ or other protestors. Live from Nicaragua presented the evidence for this in detail.

As this chapter will show, in 2019 and 2020 the media battle shifted its focus somewhat, even though there is still a desire to gloss over the opposition’s violence. Now that the violent coup attempt is in the past and peace has returned, the media focus is on claiming that appearances are deceptive, dissent has been squashed, the government’s political opponents are in exile or in prison, opposition media are repressed and the few people who support the government only do so out of fear. Evidence to the contrary – for example, opinion poll findings that show the government’s support is growing and high levels of rejection of the tactics used by the opposition in 2018 – are simply discounted or ignored.

Tackling this false image of present-day Nicaragua has been a big part of the media battle. Another has been to ascertain the truth of what happened in 2018 and present the evidence, especially to the Nicaraguan people but also abroad. In this, official bodies, government supporters and some independent investigators have been very active, uncovering the real stories behind some of the worst violence. The opposition-supporting media – and the mainstream international press – have ignored such investigations, sticking to the versions of events that were concocted immediately after they took place in 2018. Well-known examples of opposition violence, ones whose responsibility cannot be disputed, are still treated as if they didn’t happen.

Elsewhere I have written about the disappearance from the mainstream media of journalists of the calibre of Seymour Hersh who revealed the My Lai massacre. While regions of the world on which political attention is now focussed, such as the Middle East, still have local correspondents with specialist knowledge, the days when a NYT journalist such as Raymond Bonner could spend months in El Salvador have long gone (Bonner was taken off El Salvador by the NYT for uncovering the El Mozote massacre; Gary Webb and others uncovered the truth about how the US funded the Contra war against Nicaragua in the 1980s, and Webb was marginalised and met an early death.) In their place we have the deplorable situation where journalists who should know better make short visits to the country, appear to accept without question the stories presented to them by Nicaragua’s opposition, and feel little need to look below the surface. This created what quickly became the consensus narrative about Nicaragua in 2018 and which persists into 2020.

One example of this is Jon Lee Anderson, writing in the New Yorker, where Seymour Hersh was once its most distinguished reporter. He appears to have made two quick visits to Nicaragua in 2018. The title of Anderson’s second story refers sardonically to the ‘fake news’ he was warned against by one Sandinista supporter, but which he dismisses. As a consequence, instead of checking whether what he was told about events in Masaya (the city where I live) was accurate, he falls for the opposition’s fake news that the protestors there were armed only with ‘homemade mortars and slingshots’. He either fails to discover or ignores crucial events in the city from May to July 2018 and doesn’t ask basic questions. For example, if the opposition was unarmed, how did its forces hold the police station under siege for several weeks, making nightly attacks that killed three policemen and injured many others?

Another example comes from the Irish Times, which sent a journalist, Michael McCaughan, to Nicaragua in July 2019. His report, A revolution gone wrong, also from Masaya, paints a glowing picture of the work of a catholic priest, Edwin Roman, a ‘slim, soft-spoken man,’ during the opposition’s violent occupation of the city. Yet his church, described as ‘a meeting place and health post,’ was actually a local headquarters for the armed groups. During the protests he was seen participating in the capture and blindfolding of government supporters. He was filmed in mid-July 2018 trying to cover up the murder of police officer, Gabriel Vado Ruíz, by eliminating the remains of the burned body at the scene of the crime. Vado Ruíz had been kidnapped and tortured for two days before he was killed; his body was burnt at one of the Masaya roadblocks.

The Irish Times, unlike most international media, could at least be forced to reassess the two reports written by McCaughan, because activists complained to the Irish press ombudsman who launched a formal investigation. The ombudsman reached what might be called an ‘open verdict’, saying he was unable to establish who had the correct facts about the situation in Nicaragua. But the process at least brought a halt to the Irish Times’ most egregious reports. Other international media, such as the New York Times, The Guardian and the BBC, have largely ignored letters or complaints, as indeed have international NGOs like Human Rights Watch and Amnesty International. The Guardian, with no apparent irony, often repeats the maxim of its founding editor, CP Scott, that ‘facts are sacred’. In the case of Nicaragua, it appears that the maxim (and the facts) can be casually ignored.

A final curiosity about the media and the 2018 violence is how those Nicaraguan ‘journalists’ who either promoted the violence or attempted to disguise it are the ones who are now lauded internationally. Live from Nicaragua noted how Carlos Fernando Chamorro, the head of Confidencial, is heralded as an ‘independent’ journalist who is the only Nicaraguan member of the worldwide International Consortium of Investigative Journalists. Miguel Mora, head of 100% Noticias, blamed for hundreds of deaths during the crisis, was one of the ‘journalists’ picked out on World Press Freedom Day in 2019 by the English branch of PEN International. His colleague Lucía Pineda was received by US Secretary of State Mike Pompeo in January, when she pleaded with him for tougher sanctions on Nicaragua, and he was ‘deeply moved’ by her ‘struggle to reclaim democracy’ in Nicaragua. Among other calumnies, Pineda deliberately promoted the lie that the town hall in Granada was burnt down on June 5 2018 by Sandinistas, rather than telling the truth, that the arsonists had travelled to Granada from the Masaya road blocks.

Sadly, so many of the bodies that promote the ‘freedom of the press’, such as PEN International, the Committee to Protect Journalists, Index on Censorship, Article 19 and others, have themselves shown bias in who and what they support. As Steve Sweeney of the UK’s Morning Star has pointed out, in several cases this is because they are funded by bodies such as the National Endowment for Democracy and US Aid whose aims in promoting ‘democracy’ are to help fulfil the US’s regime-change agenda in countries with left-wing governments. In Nicaragua, this means praising the bravery and ‘independence’ of journalists who are little more than propagandists for regime change and are openly embraced by right wingers like Mike Pompeo.