You are here: Home > Latin America > Meet me under the Ceiba

Meet me under the Ceiba 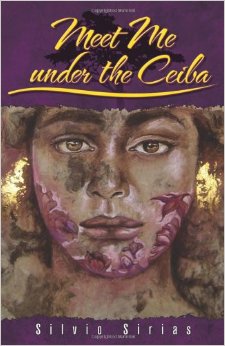 ‘Meet me under the Ceiba’ by Silvio Sirias

La Curva is an unremarkable small Nicaraguan town, a few kilometres south of Masaya. I’ve known it for twenty years, and to me its only outstanding feature is a pair of huge ‘guanacaste’ trees, bedecked with epiphytic plants, that stand on the south side of the main road (or stood, I’ve been told that one was recently cut down). There is a story about the main bread shop being the product of a swindle, involving a local woman and her North American husband who invested his money in it, but whom she then deserted. And there are several ‘viveros’ or plant nurseries, one of which is owned by a relative of my wife’s.

But curiously, I’d never heard the story that at the time made La Curva famous: the murder in 1999 of Aura Rosa Pavon, a young lesbian who fell in love with a local beauty who was at the same time the unwilling mistress of a 70-year old coffee grower, owner of the farm called Mata de Guayabo. The ageing coffee grower, his mistress’s mother and an accomplice were found guilty of Aura’s murder after her body was discovered by Aura’s sister at the bottom of a disused latrine. The combination of a lesbian love affair and a murder involving both the victim’s mother and a local landowner created a national scandal. A few years after it happened it drew the attention of novelist Silvio Sirias, and ‘Meet me under the Ceiba’ was the result.

Like his most recent novel, ‘The Saint of Santa Fe’, his ruse is to act as a fictional reporter trying to find out why the murder occurred and how it was done. He does, as he puts it, aim to keep the spirit of the true story while inventing many of the details of the fictional one. Strangely, for such a lurid tale, he creates many likeable characters and even portrays La Curva, where in real life Aura seems have received mixed acceptance, as a congenial place (which it is). There are other similarities between the novels. In both, the murderer turns out to be a right-wing, wealthy landowner who (in the Latin American tradition) believes himself superior to the poor majority in his community, and behaves accordingly, especially with women. In both, the victim’s sister plays a prominent role in investigating their sibling’s disappearance and in aiding the chronicler of the story (which is a version of Sirias himself, of course, complete with bald pate).

Above all, both novels are about odd-ball characters who embody wider social themes about Latin America. The priest in the later novel, set in Panama, is a liberation theologist, aiming to put his theories into practice by helping a poor and isolated community transform itself and challenge the landowner’s power. The novel is an exploration of how a community can become politically aware and exercise its latent ability to build a better future. The young lesbian killed in the earlier novel is both challenging the status quo herself (Nicaragua’s then predominant homophobia) and, in death, helps to shift social attitudes through the solidarity local people express and their horrified realisation of the ultimate consequences of homophobia. Silvio Sirias wants to tell a good story – and he does – but in both cases he wants to use the telling of the story to throw light on a social theme. He does this too, in a serious way which means we think about the issues even as our imaginations are gripped by the plot. A novel that, at one level, is an entertaining crime story, is also a delightful exploration of small-town Nicaraguan life and a chilling analysis of the hatreds and prejudices that can sometimes be hidden behind its welcoming exterior. As in the Panamian novel, the characters who emerge best from the story are the victim and the victim’s sister: the former very strong, but ultimately paying the price for their convictions, the latter (in both cases) stalwart defenders of their siblings who come to share something of their ideals and remain alive to defend them.

Twenty-five years after the events the novel describes, I’m happy to report that (in my perception) attitudes among average Nicaraguans have changed. In Masaya, the city closest to La Curva, while jokes and even hostility persist, they are much more muted than they used to be and gay people are much more open about their sexuality. We have several gay friends and acquaintances, and while not all are happy it seems inconceivable that any would be murdered for what they represent. Indeed, Masaya has gained something of a reputation for its tolerance of gay people: one of the many reasons why I am quietly proud of the place where I live.