By Becca Renk This week Nicaragua celebrates its Independence Days – on September 14th the celebration of the Battle of San Jacinto won against U.S. filibusters in 1856, and on September 15th the commemoration of Central America’s independence from Spain in 1821. Becca Renk, who lives in Nicaragua, penned the piece below.

It began with a shipwreck

Some time in the 17th century, a vessel carrying enslaved people from the west coast of Africa ran aground near the Caribbean island of St Vincent, close enough to shore that the survivors swam to land, disposed of their captors and settled alongside the Indigenous Carib-Arawak people, who already offered a safe haven to runaway […] 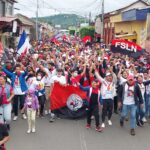 Nicaragua celebrates 43 years of revolution: a clash between reality and media misrepresentation

July 19th is a day of celebration in Nicaragua: the anniversary of the overthrow of the Somoza dictatorship. But the international media will have it penciled in their diaries for another reason: it’s yet another opportunity to pour scorn on Nicaragua’s Sandinista government. We’ll hear again about how the government “clamps down on dissent,” about […]

Masaya celebrates the 43rd anniversary of the revolution

Dan Kovalik was here in Masaya on Saturday and has just recorded this video to mark July 19th, the day the Sandinistas took power in Nicaragua in 1979, after the US-supported dictator Anastasio Somoza fled the country two days earlier. 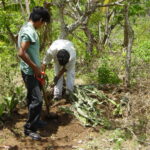 The UN Refugee Agency is exaggerating the number of Nicaraguan refugees

Two years ago, COHA reported on the manufactured “refugee” crisis around Nicaraguans living in Costa Rica. Now the United Nations Refugee Agency (UNHCR) is saying that “102,000 people fled Nicaragua and sought asylum in Costa Rica” in 2021. As this article shows, this statement is inaccurate, adding further to the myth that Nicaragua is suffering […] 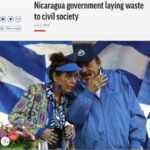 Nicaragua a ‘Dictatorship’ When It Follows US Lead on NGOs

Daniel Ortega’s government in Nicaragua is “laying waste to civil society” according to the Associated Press. The Guardian called it a “sweeping purge of civil society,” while for the New York Times, Nicaragua is “inching toward dictatorship.” According to the Washington Post, the country is already “a dictatorship laid bare.” In a call repeated by […] 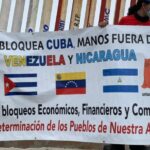 “Summit of Exclusion” Backfires on Biden

Jill Clark-Gollub, COHA Assistant Editor/Translator; Alina Duarte, COHA Senior Fellow; John Perry, COHA Senior Fellow “We would definitely have wanted a different Summit of the Americas. The silence of those absent challenges us. So that this does not happen again, I would like to state for the future that the fact of being the host […] 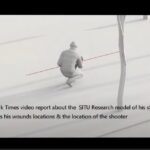 How “virtual crime scenes” became a propaganda tool in Nicaragua, Ukraine and Syria

Written jointly with Rick Sterling This article shows how media uses computer modeling and “virtual crime scenes” to assign blame for some extremely important international events. In these examples from Nicaragua, Ukraine and Syria, many people died in complex circumstances. The deaths at the “Mother’s March” in Managua, Nicaragua precipitated an attempted coup.  The Maidan […] 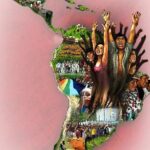 The grandly named Summit of the Americas is due to be held in Los Angeles next month, if the Biden administration can decide who to invite and what to talk about if they turn up. As things stand, Bolivia, Mexico, Argentina, Honduras and most of the Caribbean states have said they will not attend if […]

Until 27 January, Juan Orlando Hernández was president of Honduras; he’s now on his way to a high-security prison in New York, awaiting trial. On the day JOH handed power to Xiomara Castro, charges were filed against him that would lead to an extradition request from the US embassy in Tegucigalpa. He was arrested on […]